Nintendo Switch vs Wii U

Nintendo Switch vs Wii U

The Nintendo Switch vs Wii U is the great debates over mobile consoles as the first true competitors to the hybrid console tablet. How could we possible make console gaming portable? The Wii U was the first leap from other portable systems as it entered 720P resolution. If it had the power, then what went wrong with the Wii U? It was an ambitious effort, but the system was more of an inconvenience then a convenience for the mobility that consumers need. The system was so heavy and thick it was hard to store in your pocket so you would have to worry about how to carry it around. The charging cable brick had to come with the system to take it on the go. Not only that, the weight of the power supply is close to the weight of a cell phone or slim tablet so it felt as if you were carrying 2 bulky devices. The interface experience during start up had a slow overall speed with slow loading. The display just could not compete with the modern cell phone that had graphics this playing angry Birds in high definition graphics which made some Wii U games look like a slight cleaner original Wii game. It just couldn’t compete graphical power of an iPad or a high end Android tablet. It was an ambitious 720P system that would produce blurry visuals even on the small screen. The Nintendo Switch was the counterparts of all of these mistakes and learning while entering the untapped portable console space. Now here come’s the Nintendo Switch. Nintendo have prevailed and stayed true to what it had pioneered with original Gameboy, portable gaming. Although the Wii U was a disappointment in sales. It produced a successor to make a much better Wii U 2.0. The Nintendo Switch is lightweight and powerful tablet with a snappy interface. It has a slim form factor that is pleasant to hold and produced a noticeable improvement in high definition visuals. 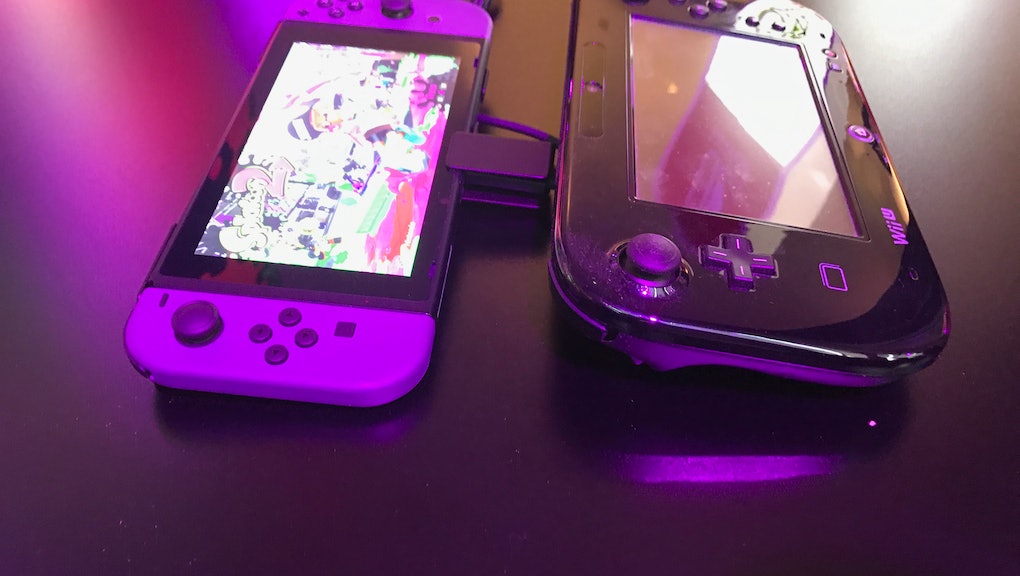 Don’t get me wrong you wasn’t all bad with Nintendo Switch vs Wii U, the Wii U definitely produce some gems of exclusive games such as Donkey Kong, Xenoblade Chronicles X, and a gorgeous Zelda Wind Waker HD so don’t think twice to skip out on these Nintendo gems. Fortunate for us, Nintendo has portable over made sequels for Switch that came over from the the Wii U. Long live Nintendo portable gaming.

As always, don’t forget to check out our available Nintendo games!