Going back in time and playing a Sony PlayStation Classic Console seems like it would be a dream come true, but that nearly isn’t the case here due to the fast movement of technology in the gaming industry. I became accustomed to fast loading screens fast menus responsive components interacting with you on modern consoles and enemies that have a variety of techniques to counter you and everything seems more natural now compared to the experience with the PlayStation 1. Seeing the controller being the same size as this miniature console is truly an impressive experience.

After playing Tekken 3, Twisted Metal, Cool Boarders 2, and Battle Arena Toshinden, just starting these game took a minutes may have not been quite bad 15 years ago, but now today, feels like a lifetime. For Tekken 3 and Toshinden, the character selection was less than 10, the players and backgrounds look choppy, do models move slow they’re Limited in their abilities. I’ve played Twisted Metal the driving felt very and the vehicles look blocky and it was hard to identify somebody elements were in the arenas because the graphics don’t look anything like they did in the past where small objects blur into the background. Cool Boarders 2 and Ridge Racer Type 4 both don’t have many collisions physics so you just bounce off walls and nothing happens. 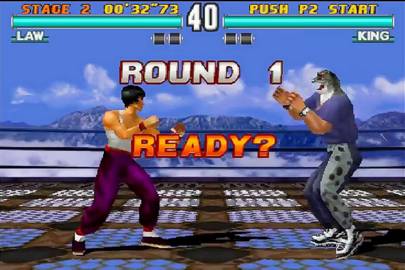 The components of this system are small form factor and it replicates the Sony PlayStation Classic Console experience we all grown to love, everything form the slim controller, large round console buttons, to the introduction sound of PlayStation. The two bundled controllers are wired so you don’t need worry about charging the controllers. These controllers now plug in with USB and the system uses HDMI. The lineup of 20 games built in are impressive and have variety of various genres.

It wasn’t always fabulous, often times having frustration moments, it’s still an incredible feeling to live through this technology evolution and see how far we have advanced now. The Playstation Classic launched for 100 bucks, but have been price cut to 60. At at the 60 price I feel this is a solid value for nostalgia lovers and gaming collectors. For those who don’t own a Sony PlayStation Classic Console, you can always trade for Playstation 1 favorites at Play N Swap.