Make no mistake; if you’re into other RPG franchises, but are hesitant to try Pokmeon Sword and Shield on Nintendo Switch, it’s time to expand your palette. You don’t need to have much experience with the Pokemon TV shows or movies to be able to pick this up and have an amazing experience with the immersive linear story and deeply integrated online competitive battle scene. Pokemon Sword and Shield is an excellent execution of how a quality linear JRPG should be. This Series has gone through many iterations of refinement and it definitely shows with this polished title. There has been some contrversory where fans were upset with developer Game Freak as they were not able to re-create every pokemon from past releases, which limited the game to have 400 Pokemon. Yeah, like that isn’t enough haha. We understand that 890 Pokemon in 1 game at high quality is no easy task. We rather take quality over quantity. Fortunarly, Game Freak has instead invested their time and efforts to perfecting an already established formula that has been capitviating fans with every release. 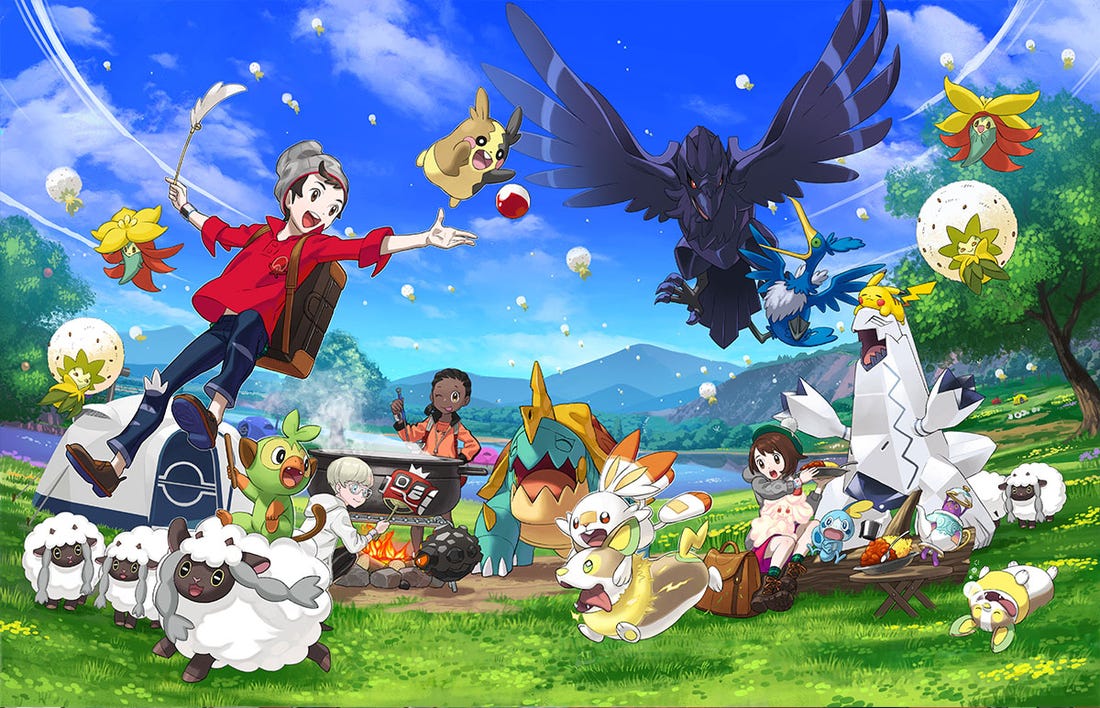 This is a story based RPG series that finally considers people’s valuable time by not having the gameplay be surrounded with pointless repetitive tasks or requiring users to run through hoops and obstacles to get something done as per many role playing games in the past. By having a settings menu in which the RPG can be tweaked throughout such as modifying the text and dialogue and speed through actual character progression, skipping cur scenes, and also providing faster traveling speed options to navigate from town to town throughout the game. What Pokemon Sword and Shield does is that it is a deeply rooted statistical combat system with abilities and any external variables that need to be learned by playing the game and battling in order to compete. Because if you’re not system and trying to get better, you’re not going to be able to win battles as most of the online competition is savvy experience trainers that are actually put in the work into their strategies and the battle will showcase this.